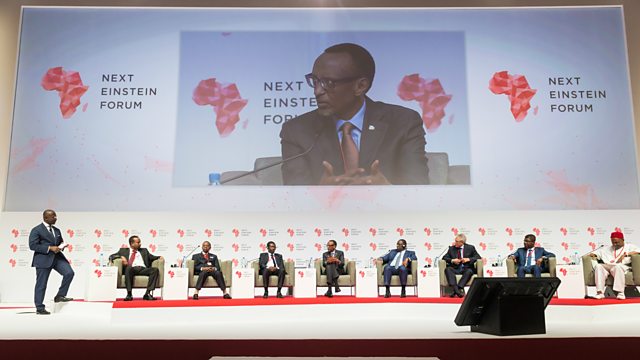 Will Einstein’s successors be African? It’s very likely - and some of them will be women.

Will Einstein’s successors be African? It’s very likely - and some of them will be women.

Back in 2008 South African physicist Neil Turok gave a speech in which he declared his wish that the next Einstein would be from Africa.
It was a rallying call for investment in maths and physics research in Africa. The ‘Next Einstein’ slogan became a mission for the organisation Neil Turok had founded to bring Africa into the global scientific community - through investment in maths and physics, the African Institute for Mathematical Sciences.
That search for an African Einstein now has some results, with 15 ‘Next Einstein fellows’ and 54 ‘Next Einstein Ambassadors’.
These are young African scientists, often leaders in their fields, working and studying in Africa.
This programme visits the first ‘Next Einstein Forum’ – a meeting held in March 2016 in Senegal which celebrated the Next Einstein Fellows and also make the case for greater investment in scientific research in Africa.