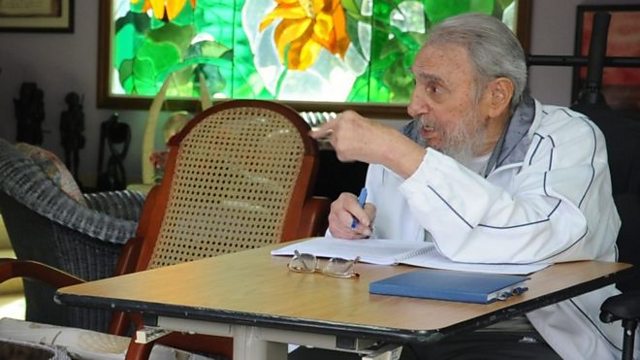 Fidel Castro has broken his silence over President Obama's visit in a letter published in state-run newspaper Granma. He said Cuba did not need any gifts from the 'empire'.

Fidel Castro has broken his silence over President Obama's Cuba visit in a damning letter published in state-run newspaper Granma. Fidel, who handed power to his brother Raul a decade ago, said Cuba did not need any gifts from the 'empire'.

There is a new criminal under-class in Japan - pensioners so desperate that they are committing crimes just to get into the relative safety of prison. New figures show 35% of all shoplifting offences are committed by people over 60 years old. The cost of living in Japan is 25% higher than the basic state pension.

A Millennial is anyone born in the last 20 years of the 20th Century - roughly 1980 to 2000. There is no doubt many millennials face huge changes in the global economic landscape; more competition for fewer jobs, the seemingly constant rise in key asset prices like housing and the way many governments are slowly shifting the goalposts on things like the age at which you start receiving a state pension. Robert Champion has been speaking to Wendy Mak, a millennial entrepreneur based in Hong Kong. Her family are in the leather business and employ over 2,000 people in Asia. Her brand, Cocomojo, specialise in luxury leather handbags. How is her world different to her grandfather's?

Think of a top-of-the-range sports car and the chances are you will picture a blood-red Ferrari, an aggressively styled Lamborghini, a super-efficient Porsche or perhaps an Aston Martin - James Bond's favourite. These brands all have decades of heritage and legions of fans, many of whom will never be anywhere near wealthy enough actually to buy one of these super-sleek motoring missiles. For the past few years, there has been a new kid on the block - British brand McLaren. It is a small company, but it has big ambitions, as our correspondent Theo Leggett explains.

Anu Anand is joined throughout the programme by Elias Bizannes, an entrepreneur in Silicon Valley and Catherine Yeung, investment director at Fidelity International in Hong Kong.