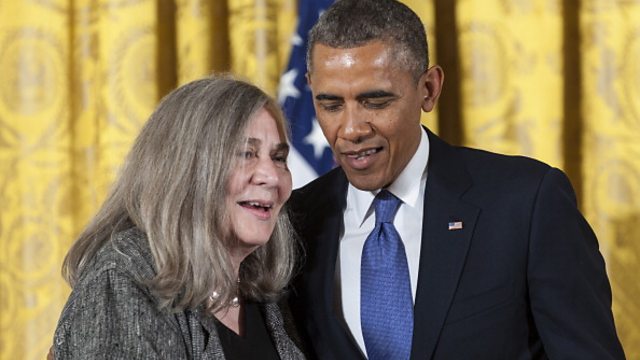 Author Marilynne Robinson, who talks about the role fear may play in faith, politics, democracy and culture.

Marilynne Robinson is a highly acclaimed American novelist and essayist whose most famous fan is President Barack Obama. In 2013 he presented her with the National Humanities Medal and told her: “your writings have fundamentally changed me… I think for the better.” Her four novels – Housekeeping, Gilead, Home and Lila have all won major awards, including the Pulitzer and the Orange Prize. All of them engage deeply with the Bible. Her twin passions are America and Christianity.

She teaches at the Iowa Writer’s Workshop, and preaches the odd sermon in her local church, though she insists she prefers a writing desk to the pulpit. She thinks contemporary America has much to learn from the Puritans and laments the rise of the Religious Right, as well as a politics she says preys on people’s insecurities. In one of her latest essays, Fear, she asserts that while contemporary America is full of fear, fear is not a Christian habit of mind.

In an intimate interview with Robinson, Jane Little explores faith and literature, politics and religion – and how Robinson’s unapologetically theistic world view engages both believers and non-believers around the world.

A Knock at the Door

See all clips from Marilynne Robinson on Fear (2)