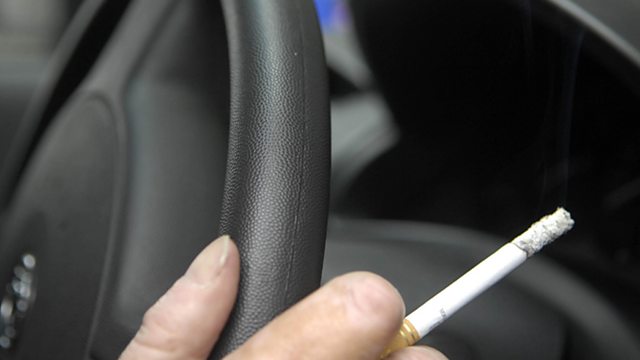 BBC Radio 5 live has found that Police in England and Wales are "unable" to enforce a new law banning smoking in cars carrying children as there are no tickets which they can issue.

A freedom of information (FOI) request by 5 live Daily discovered that no fines or court summons were issued in the first three months of the law.

Jayne Willets, the road policing lead for the Police Federation, told 5 live Daily’s Adrian Chiles that there are no “tools” to enforce this ban.

She said: “It’s making the policing role very difficult to enforce a law that’s been passed by the Department of Health, that we can’t acutely enforce because the tools are not there”.

The Department of Health said it was working with police and local authorities on arrangements for the police to use "existing traffic offender report forms to pass information to local authorities to collect fines".

This clip is originally from Daily on Monday 15 March 2016.