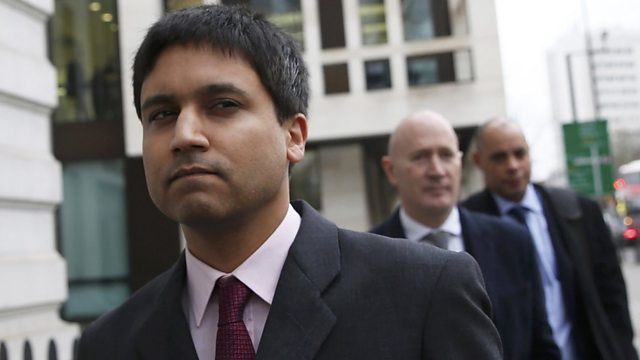 A man accused of helping cause a mini-crash on Wall Street faces US extradition.

A man accused of helping cause a mini-crash on Wall Street faces US extradition. The BBC's Andy Verity tells us that Navinder Sarao is almost certain to appeal today's court ruling. And we have legal analysis from lawyer Andrew Katzen at Hickman and Rose. Also in the programme, Nigeria's parliament has signed off on the country's biggest budget ever. But it comes against a backdrop of oil revenues collapsing, which form 70% of government revenue. We discuss the issues with the BBC's Bashir Sard Abdullahi. Economic commentator Roger Bootle tells us why he's hoping that Britain votes to leave the European Union. Plus streaming has overtaken downloads, CD's and vinyl to become the biggest money maker in the US recorded music market. We ask Chris Cooke, business editor for CMU, the music industry news service, whether the record collection is now a thing of the past.