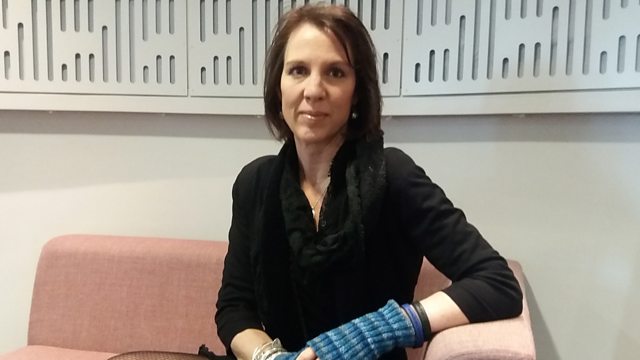 My Son Was Killed by an Online Predator

Lorin LaFave's son Breck Bednar was a keen gamer. Like a lot of 14-year-olds growing up in Britain, he and his friends would go home after school, log on and play games with each other over the internet. But one of the players was not who he said he was, and Breck was groomed and murdered. A 19-year-old computer engineer, Lewis Daynes, is now serving life in jail. Breck's mother Lorin has become a tireless campaigner for a safer internet for children.

Zodwa Nyoni was born in Zimbabwe, but raised in Leeds in the north of England. Her latest play, Nine Lives, deals with one of the big debates going on in Europe over recent months - how many asylum seekers should be taken in? It is a question close to her heart for reasons she has been explaining to the BBC's Samira Ahmed.

Paddy Slattery from Ireland wins awards for the short film he directs and produces, but it was never his plan to pursue a career in cinema. He comes from a village in the countryside, west of Dublin and his first job was on a building site. Our reporter Colm Flynn has been to meet Paddy, to hear the story of how his life changed direction after a car crash that left him paralysed.

Man who Defected to Escape his Marriage