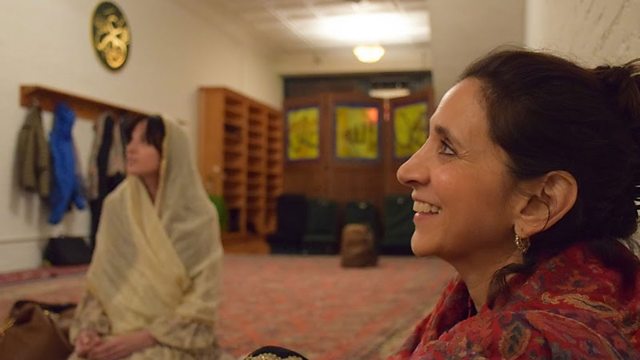 What roles have mosques had in American history and how have Muslim communities changed?

Tharik Hussain continues his journey across America to find out what role mosques are playing in the country today. In Washington DC he visits The Nation's Mosque, which was once an exclusively black "Muslim Temple" for the Nation of Islam before becoming an inclusive Muslim Mosque for mainstream Islam.

In the DC area he also visits an community which is moving from rented accommodation to a permanent home. It is part of a new movement led by a younger generation going against the usual narrative of elder members of the community founding local mosques.

In New York Tharik goes in search of America's largest Bangladeshi community, comparing it with his own British Bangladeshi Muslim heritage. He discovers that in spite of the differences between British and American cultures, they share many challenges and benefits.

He also joins a Sufi community at the Dergah al-Farah Mosque in New York, which is adopting an unusually inclusive approach, welcoming “seekers and students of all religious and non-religious paths into our gatherings”.