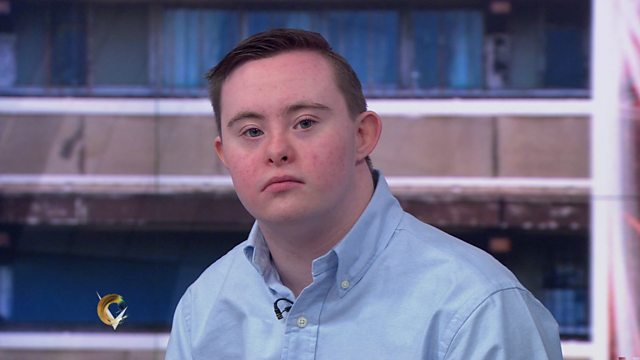 'My parents are proud that I'm working'

The charity Mencap estimates that eight out of 10 working age people with conditions like Down's syndrome could work but less than two in 10 do.
Victoria Derbyshire spoke to 18-year-old Alfie Scullion, along with his new bosses Andy Constable and Peter Saville. They were joined by two guests who also spoke to the programme in May last year. 20-year-old Holly Riseborough who successfully competed in the Special Olympics in Los Angeles winning four gold medals and 28-year-old actor Otto Baxter. 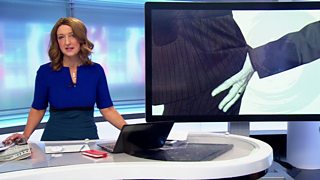