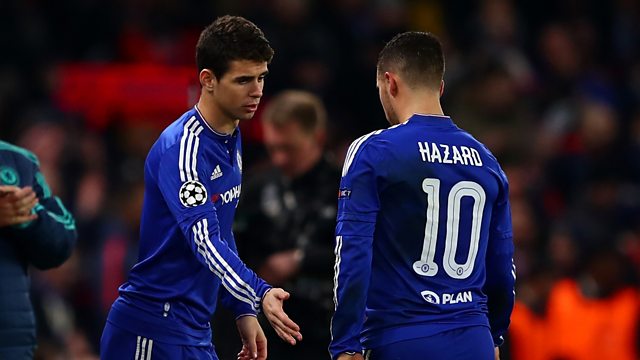 Chelsea's Eden Hazard was criticised for swapping shirts with PSG's Angel Di Maria at half-time during a 2-1 loss to the French Champions that saw them crash out of the Champions League in the last 16 stage.

The Premier League's Player of the Year in 2015, again failed to impress and was substituted in the 4-2 aggregate defeat.

This clip is first broadcast on 5 live Sport on Wednesday, 9 March 2016.