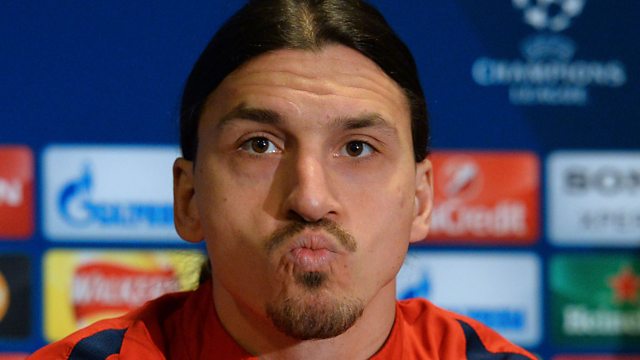 Former Arsenal defender, Martin Keown compared Zlatan Ibrahimovic to the Godfather after he addressed the media ahead of Chelsea's Champions League Round of 16, 2nd leg clash with Paris St-Germain.

John Murray and French Journalist, Julien Laurens debate as to whether the Swede is courting the English Press with his contract at the Ligue 1 champions expiring this summer.

This clip is first broadcast on 5 live Sport on Wednesday, 9 March 2016.