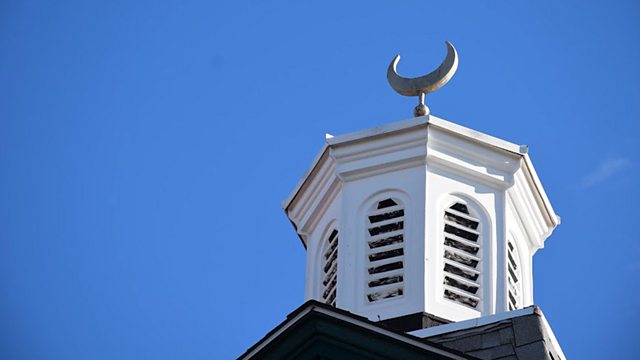 Tharik Hussain asks what role mosques have had in American history and meets Muslims from some of America’s oldest communities.

America’s ‘Mother Mosque’, the oldest purpose-built Mosque in the US, is in Cedar Rapids, Iowa. Tharik Hussain joins the congregation - most of them second or third generation Syrian and Lebanese Muslims - as well as newer arrivals, for prayer and meets members of the ‘Sunday schools’ and weekday classes.

Unknown to many Americans, there is an older Mosque. Hussain seeks it out on the streets of New York City and joins a tea dance specially put on for him. Many of its members are descendants of the Lithuanian Tartar Society that founded it, and their affection for the building is as much about this ancestry as anything else. Quintessential ‘Brooklyners', they express some fear of being ‘discovered’ even while wanting recognition as part of New York and America’s religious heritage.

Image: the minaret of the Brooklyn Baltic Mosque. Credit:Tharik Hussain