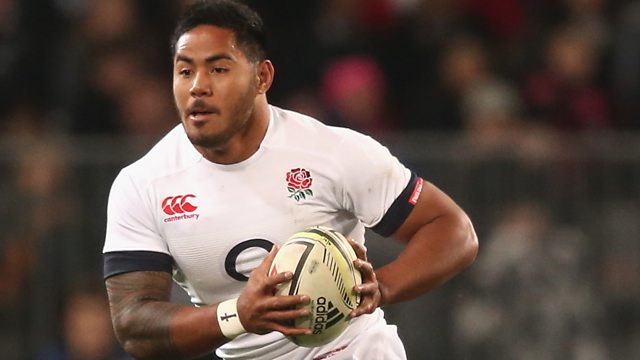 Jean de Villiers says his Leicester team-mate Manu Tuilagi will make a “big impact” for England after he was named in their 33-man training squad.

Samoa-born Tuilagi, who last played for England in 2014, has been out for 15 months with groin and hamstring problems.

"Manu's worked extremely hard, he certainly has the skillset to add a lot of value to that England team," De Villiers told Mark Chapman on 5 live Rugby.

"I would say put him in the 23. He'll make a big impact and England will be better off."