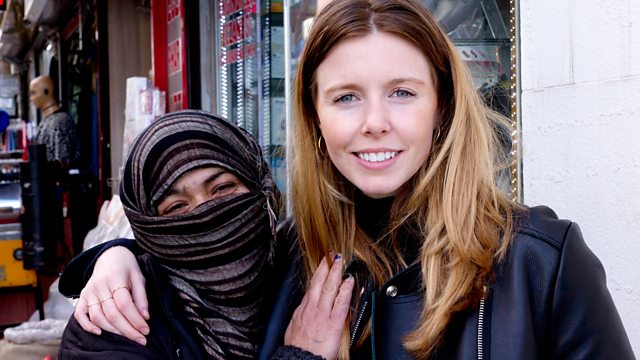 Investigative series in which Stacey Dooley meets young people who are trading on their looks and sexuality for a living. Stacey begins her journey in Turkey.

Stacey begins her journey in troubled Turkey. As the European gateway to the Middle East, it is a secular nation laced with conservative and religious attitudes to sex.

Though the subject of sex is largely taboo here, on paper Turkey is the most liberal of the countries Stacey visits. Prostitution is legal, and there are even state-run brothels. Stacey meets sex workers who regard themselves as tutors to the uninitiated men of a sexually repressed society, preparing them for marriage. But even here Stacey discovers an overwhelming sense of terror pervades as she meets women who fear for their lives just for being seen talking to her.

In a world where state-registered prostitutes have 'sex worker' marked on their ID cards and will never be allowed to join the army, police or civil service, Stacey meets a brothel madame and discovers that for many girls there's no way out.

For transsexuals the situation is worse. While Turkey is home to the biggest gay pride march in the Muslim world, according to the campaign group Transgender Europe, there are six transgender people killed in Turkey every year. Rejected by their families, and with employers refusing to hire them, many are forced to live in an underworld of illegal brothels, exploited by armed gangs and corrupt police officers.

The war raging in neighbouring Syria has added an even darker, highly exploitative layer to this already stigma-rich business. Istanbul now has more Syrian refugees than the EU. War and sex slavery go hand in hand, with many young Syrian girls and mothers forced to sell their bodies to make ends meet. Stacey braves the journey from Istanbul to Gaziantep, close to the Syrian border, where several hundred Islamic State fighters are believed to live in hiding. Here she meets a young woman who was sold into sex slavery by IS fighters. Covered from head to toe in black, she desperately wants to share her story but is so traumatised that she cannot stop crying.