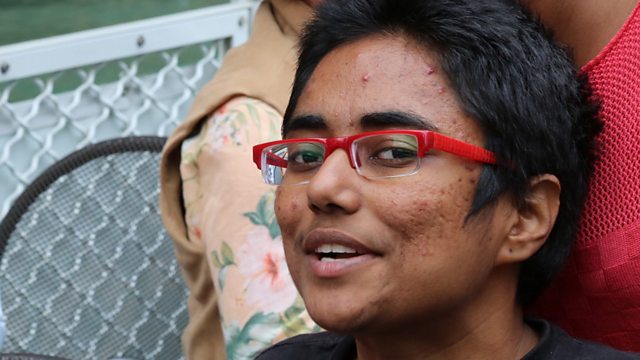 The School for Sex Workers' Children

American-born Robin Chaurasiya co-founded a school called Kranti for sex workers' children in Mumbai's red light district. The children tend to have a very difficult time of it with prejudice and lack of opportunities. Robin also teaches at the school and has just been nominated as one of the world's best teachers.

In the second of our series gathering ancient artefacts for the Museum of Lost Objects, Indian writer Kanishk Tharoor looks at the iconic Temple of Bel in the Syrian city of Palmyra. So-called Islamic State destroyed the Temple last year and the city's Head of Antiquities, archaeologist Khaled al-Asaad, was beheaded. His daughter Zenobia al-Asaad remembers her father and the ancient city.

When Sochi hosted the Winter Olympics in 2014, the Russian city's stray dogs unexpectedly grabbed the headlines. The city had reportedly hired a pest control company to kill the street dogs but local dentist Vlada Provotorova set out to rescue them and today runs a shelter sending Sochi's stray dogs to new homes around the world.

London punk group Savages say their aggressive and confrontational style is their way of trying to make their mark as a young band. The BBC's Kirsty Laing spoke to French lead singer Jehnny Beth and the band's English guitarist Gemma Thompson.