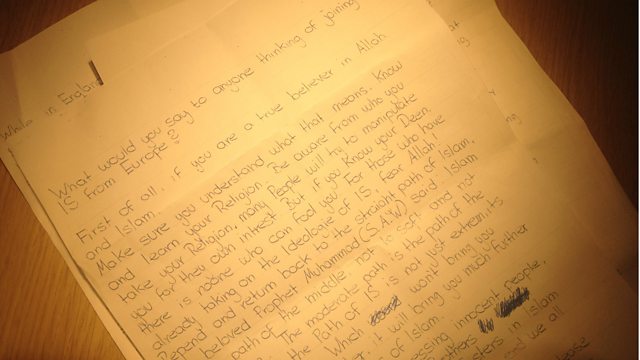 "You will lose the feeling of being a human being"

A man who travelled to the so-called Islamic State, and appeared in an IS propaganda video has urged Europeans not to travel to Syria to fight in a hand-written letter written in response to questions from the BBC.

Harry Sarfo, a German who converted to Islam in the UK where he lived for a number of years, urged people to learn from his experiences and not support IS, "you won't just lose your family you will lose the feeling of being a human being" he wrote.

Sarfo is currently in investigative custody in his home town of Bremen where he faces trial on an unrelated matter, when that is complete it is he is expected to face prosecution for the time he spent in Syria. 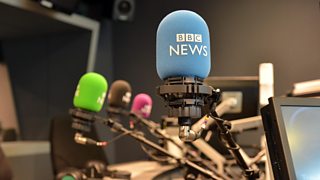