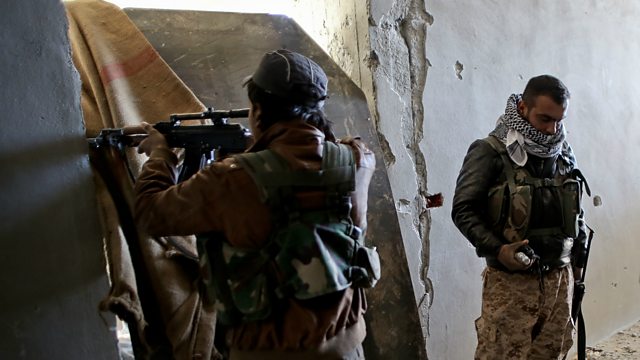 Is the US fighting a proxy war against itself?

The situation in Aleppo appears to have become even more complicated. Officials with Syrian rebel battalions, who receive covert backing from one arm of the US government, told Buzzfeed News that they've recently begun fighting a rival grouping, which is supported by another arm of the US Government. Is the US fighting a proxy war against itself?

Mike Giglio is Buzzfeed's correspondent covering Syria and broke the story. He explains the complex situation on the ground.