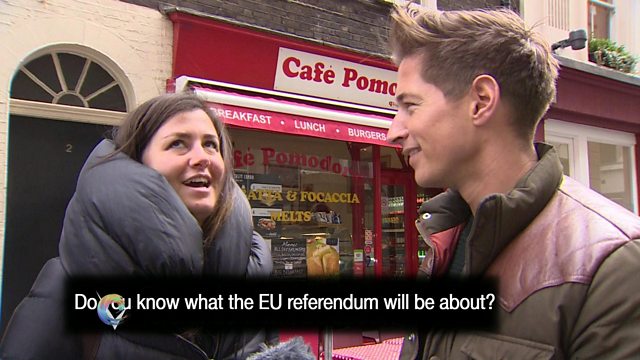 EU referendum: Are you paying attention?

David Cameron is heading to Brussels for a big European summit where he hopes to get agreement on changes to the UK's relationship with Europe. The prime minister is trying to get key changes on European integration, business competitiveness, benefits restrictions, and how the eurozone works. Once a deal has been struck - Britons will be able to have their say in a referendum on whether the UK should stay in or out of the EU before the end of 2017. The issues have been dominating most news coverage over the last few weeks and months - but how much of it are we actually taking in? The BBC's James Longman has finding out.