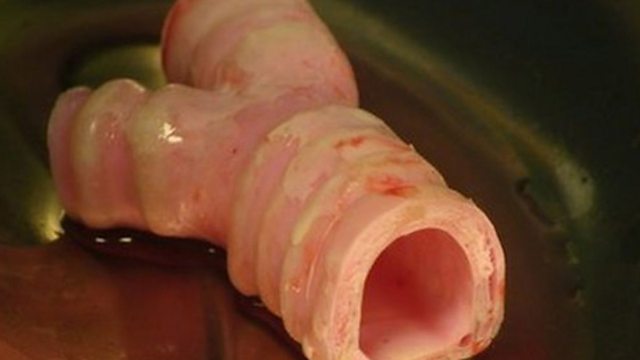 Back in 2008 the surgeon Paolo Macchiarini stunned everyone when he carried out the world’s first tissue-engineered whole organ transplant and saved a woman’s life with a windpipe transplant. When he followed this up by implanting the first artificial trachea into a patient at the Karolinska Institute in Stockholm in 2011, this was celebrated as a huge medical breakthrough. Since then, the surgery has been performed on seven other patients there, but today, six of these eight patients are now dead. The management of the Karolinska Institute is deeply implicated in the case, which is rapidly growing into a veritable research scandal. Both the secretary-general of the Nobel Committee and the head of the Karolinska institute have now resigned. Claudia Hammond asks James Gallagher, editor of the BBC Health News website, why this operation in Spain was so special and of the fallout of the scandal. We also hear a report from Christine Westerhaus in Sweden on what exactly has been going on.

Gravitational Waves
Last week was the big announcement of the discovery of gravitational waves by the LIGO detector. It was front page news around the world, deservedly so, as it filled in a missing piece of cosmology, and showed Einstein’s great idea, the general theory of relativity. There is still plenty to discuss – and there will be for years to come. Adam Rutherford had dozens of emails from listeners with questions about gravitational waves and asked cosmologist Andrew Pontzen from University College London to go through them.

Predicting the Next Financial Crisis
Why do financial crises occur – and when will the next one come? In the past, economic theory has failed to answer these questions. In this week’s Science Journal Perspectives, economists, physicists, epidemiologists, climate scientists and ecologists call to establish a new early warning system to avoid future global financial crises. They argue that the methods used by scientists to predict weather, traffic or disease epidemics should be used to simulate the financial systems, which could help to avoid the failures we have seen in the past. Professor Doyne tells Jack how the analysis of complex networks could and should be applied to the economy.

Zika vector - Aedes Aegypti Mosquito
To find out more about the Aedes aegypti, the main vector spreading the Zika virus, Claudia Hammond speaks to Professor Uriel Kitron, chair of the department of Environmental Studies at Emory University in the United States. He gives a guide to everything you ever wanted to know about the mosquito.

Cornelis Drebbel
Philip Ball dives into the magical world of Cornelis Drebbel, inventor of the world's first submarine in 1621. How did the crew of this remarkable vessel manage to breathe underwater, completely cut off from the surface, 150 years before oxygen was officially discovered? King James I of England and thousands of his subjects lined the banks of the River Thames in London to watch the first demonstration. The strangest boat they had ever seen sank beneath the waves and stayed there for three hours. Did Drebbel know how to make oxygen? Historian Andrew Szydlow reveals that Drebbel did have secret knowledge of how to keep the air fresh. In his day, Drebbel was a pioneer of exploring uninhabitable places. Today's equivalent is to make oxygen on the Moon and as scientists grapple with this ultimate challenge, Monica Grady explains their work is being used under the waves where Drebbel began.

Digital Historians
In the digital age what will the archive of the future look like and how will historians access it? With so much political activity conducted online what now is to be stored and who will be responsible for its future access? Lauren Hutchinson reports from a conference at Britain’s Foreign and Commonwealth Office – a gathering of historians, policy makers, and archivists – on the shift towards digitalisation of history.

The Science Hour was presented by Jack Stewart with comments from online science and technology editor for the Economist, Jason Palmer