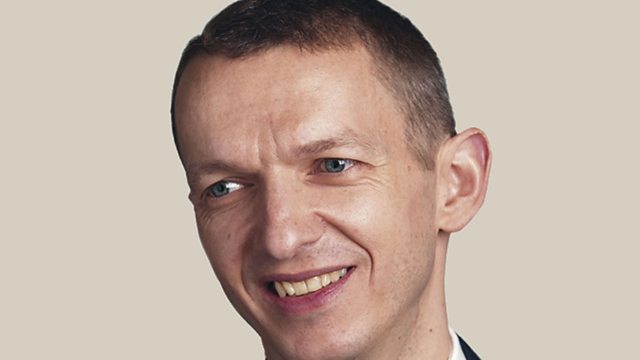 Predicting the Next Financial Crisis

Why do financial crises occur – and when will the next one come? In the past, economic theory has failed to answer these questions. In this week’s Science Journal Perspectives, economists, physicists, epidemiologists, climate scientists and ecologists call to establish a new early warning system to avoid future global financial crises. They argue that the methods used by scientists to predict weather, traffic or disease epidemics should be used to simulate the financial systems, which could help to avoid the failures we have seen in the past. Professor Doyne tells us how the analysis of complex networks could and should be applied to the economy.

Rwanda’s Explosive Lake
Lake Kivu is one of the African Great Lakes, bordering both the Democratic Republic of the Congo and Rwanda. Its geochemistry is unique because of volcanic activity nearby and it contains large amounts of carbon dioxide and methane, which are dissolved under high pressure conditions in the bottom waters around 300 metres down. This poses a potential threat to the two million people living on the lake’s shores. If the concentration of the gas rises too high, it could cause a limnic eruption, releasing a massive gas cloud. Lake Kivu’s sediment record shows that it has seen at least five such overturns in its history. A similar event in Cameroon in the 1980s suffocated 1,700 people. Jonathan Rosen is a journalist based in Rwanda and has reported on plans to extract the methane to decrease the risk – while at the same time providing much needed electricity. The KivuWatt project has just started producing electricity and has the potential to double the country’s current power generating capacity.

Snail Swims Like a Bee
A tiny aquatic snail swims the way insects fly. Slow-motion video footage shows the predatory mollusc flapping its wing-like structures – which grow where the foot would normally be – in a figure of eight shape. This behaviour has earned the mollusc the name ‘sea butterfly’.

Bad News for Nitrogen-Fixing Bacteria
Back in the 1990s a German team of scientists reported a new bacteria with an amazing ability to fix nitrogen from the air in a potentially world changing way. Being able to do this in the presence of oxygen could have drastically reduced our global dependence on fertilizer. Sadly, after years of expedition and research, it is reported that it doesn’t really, and was maybe contaminated.

Video Gamers Rate RNA Design Difficulty
The goal of citizen science project Eterna is designing new RNA molecules, which might one day be used in therapeutics. A new paper has now come out of this project – published not by full-time researchers but by Eterna-players.

Resurrecting the Aurochs
The aurochs was the wild ancestor of modern cattle and the largest land animal to roam across Europe once the mammoths had died out. It stood at almost 2m, had large horns and great strength, but was aggressive and not afraid of humans. The last aurochs was thought to have been killed in a game reserve in Poland in 1627. A number of people have tried to resurrect these wild beasts – and now another attempt is underway. The idea is that aurochs (or cattle that are more similar to them than domestic breeds) could rewild millions of hectares of farmland. Their grazing and heavy trampling could help prevent forests from encroaching on diverse grass lands. Biologists are trying to back-breed an auroch-like animal by combining traits from various heritage cattle. The genome of an ancient aurochs has also recently been sequenced – this information may speed up the process. There are some auroch-like heritage herds already established across the continent and wolves and bears are returning to these areas too.

Hearing the Universe for the First Time