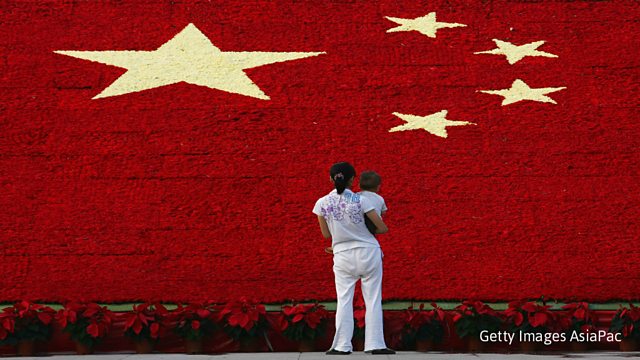 The Chinese government pledges to do more to protect more than 60 million children growing up with absentee parents.

The Chinese government wants provincial authorities to take better care of 61 million children left behind by parents who've travelled to find work in China's cities. The new plan encourages parents to take their children with them when possible - but aims to provide some kind of social safety net to those left behind. We hear from William Lee - China researcher with Amnesty International in Hong Kong and Tang Kung from the Department of Global Health at Peking University in Beijing.

For months, the City of London has been watching a high stakes card game - after HSBC said it was considering moving its headquarters back to Hong Kong. Well now it's official - the bank is staying put. We get analysis from Alex Frangos, Asia Editor of the Wall Street Journal's Heard on the Street column.

Tens of thousands of people have attended Pakistan's biggest motor sport rally in the Cholistan Desert in Punjab province. The annual event has grown into a popular festival visited by people from all over the country. Shahzeb Jillani went along to find out how the event is helping the local economy.

In Britain, millions of adults are heading back to the classroom - either to learn new skills or maybe make up for missed opportunities earlier in the life. But over the past six years the British government budget for adult skills has been cut by about 50 per cent. Alice Baxter went back to school to find out more.

Is a lack of self confidence a drawback when it comes to promotion - or can a dose of self doubt help a career? We hear from regular commentator, Lucy Kellaway of the Financial Times.

We go over to Australia where they're welcoming the nation's 24 millionth person. We get the latest from the BBC's Phil Mercer in Sydney

Fancy an all-expenses-paid luxury trip to Japan? How about a box of chocolates worth 200 dollars? All you have to do it get yourself nominated for a Grammy Award. All the nominees, presenter and performers get a gift bag from the organisers. The goody bag is put together by a company called Distinctive Assets. We talk to Lash Fary, the company's founder.

And with us throughout the programme - in Singapore, Simon Littlewood, President of Asia Now consulting group. And Anne Stevenson-Yang of J-Capital Research is with us from Beijing.