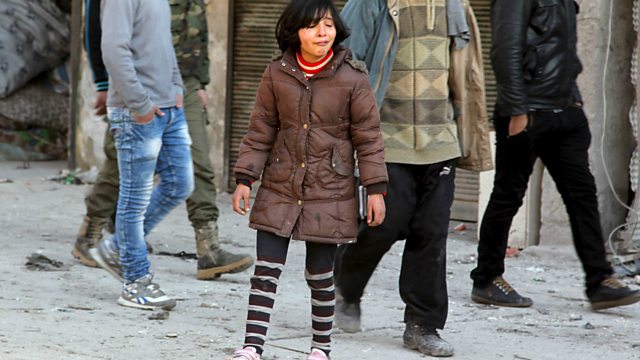 'Total chaos and crisis in Aleppo'

As the Syrian army offensive continues, backed by Russian air strikes, against rebel held areas in the key northern city of Aleppo and the surrounding area there are fears now of a siege of the city. So far thousands have fled and are at the border with Turkey.

Rami Jarrah, a journalist and activist from Aleppo, currently in Turkey, says those people who remain are facing total chaos.

(Pic A girl mourns the loss of her relatives after airstrikes by pro-Syrian government forces in the rebel held al-Saleheen neighbourhood of Aleppo; Credit Reuters)