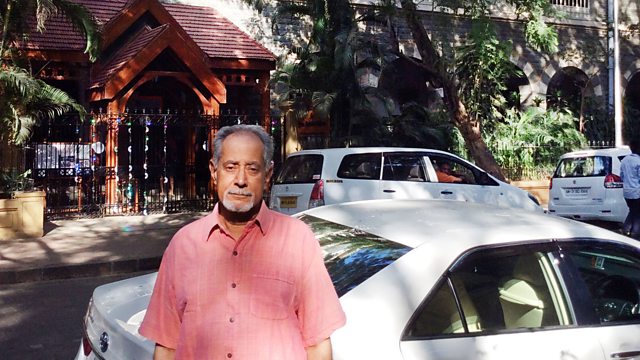 Historian Dr Zareer Masani returns to his native Mumbai on a personal journey to assess India's changing attitudes to homosexuality.

Why is homosexuality still illegal in the world's so-called largest democracy?
In his celebrated family memoir 'And All is Said', historian Dr Zareer Masani made no bones about his own homosexuality and the problems it posed growing up in the India of the 1950s and '60s. Much seemed to have changed in the intervening half century. But with a renewed Hindu nationalism dominant in both political and cultural life, Zareer returns to Mumbai (formerly Bombay) to find out whether growing acceptance of gay rights is being put in reverse.
Attempts were made in the recent past to overthrow an old colonial law making homosexuality a crime punishable by life imprisonment. The Delhi High Court held that this section of India's criminal law was unconstitutional; but that decision was overturned by India's Supreme Court two years ago. Zareer asks Justice Shah, who gave the earlier, landmark judgement decriminalising homosexuality, whether its liberal impact can really be reversed. He talks to the various gay and lesbian groups who are active in Mumbai, and to prominent, openly gay individuals like Mr Gay India 2014. Zareer returns to Bombay's elite Anglican school where he once suffered homophobic bullying.
And he spends a day with the amazing Humsafar Trust, that provides everything from HIV treatment to counselling and legal advocacy for LGBT men and women outside Bombay's affluent, liberal middle class bubble. In his youth, Zareer found it impossible to live an openly gay life in the country of his birth. This programme is his journey back home to find out whether the liberalisation he's observed during his lifetime has now been halted by the moral policing of governments and religious extremists.
Producer: Tom Alban.