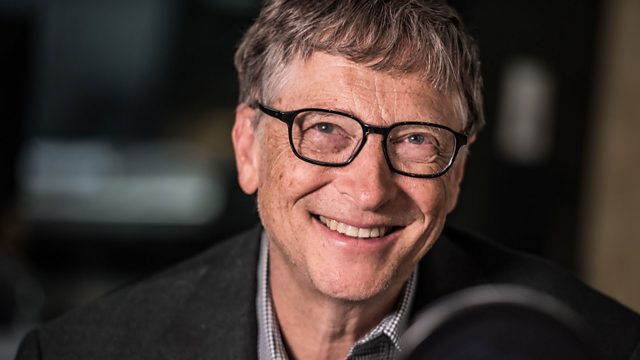 Bill Gates, entrepreneur and philanthropist, is interviewed by Kirsty Young.

Kirsty Young's castaway is Bill Gates. He sat at his first computer while still at school in Seattle, wrote his first computer programme aged just 13 and went on to co-found the company Microsoft, becoming one of the key figures of the technological revolution. In 2000, he and his wife, Melinda, launched the Bill and Melinda Gates Foundation which has given to date over $34 billion to projects aimed at reducing health inequality around the world.

Born into a professional family - his father was a lawyer, his mother a former teacher who later became involved with volunteer work - he was introduced to the idea of 'giving back' at an early age. An avid reader as a child, he attended Harvard where in his sophomore year he and Paul Allen developed software for the first micro-computers. The company would go on to achieve huge success with its Windows operating system.

By 1987, Gates had become the world's youngest self-made billionaire, then worth $1.25 billion. Consistently listed as the Richest Man in the World, he stepped down as CEO of the company in 2000 although he remained as Chairman until 2014.

These days his primary focus is his philanthropy. In 2010, Gates and his friend Warren Buffett announced the Giving Pledge which aims to inspire the wealthy people of the world to give away the majority of their net worth to worthy causes. 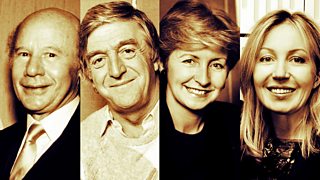 Find every castaway from 1942 to the present. Listen to over 1,500 programmes.