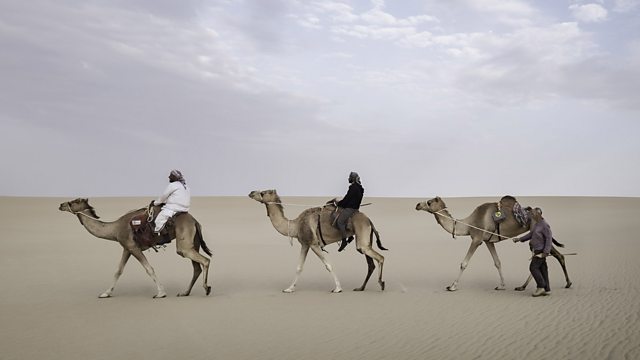 Trekking across the 'Empty Quarter'

A team of explorers - one Brit and two Omanis - has just completed a gruelling 800-mile trek across the 'Empty Quarter' in the Arabian Peninsula. It's the largest sand desert on the planet, and one of the hottest, driest and least hospitable places on earth. They were attempting to replicate the pioneering journey of the famous British adventurer Bertram Thomas and his Omani guide Sheikh Salih in 1930. Matthew spoke to the team from the Qatari capital Doha on the day they finished their journey. We'll hear from Mohammed Al-Zadjali and Amour Al-Wahaibi in a moment, but first expedition leader Mark Evans told him what the Empty Quarter looks like.