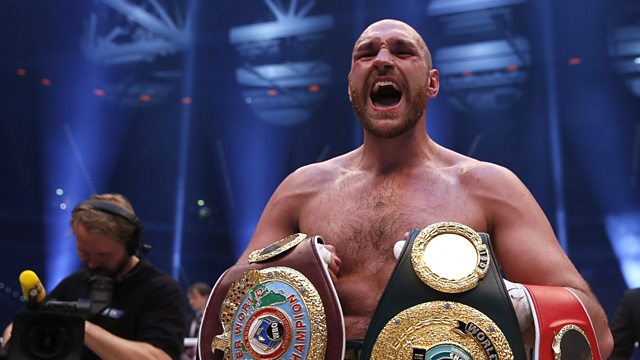 Tyson Fury: 'There is life after boxing'

Tyson Fury has cast doubt on his boxing future saying he "never wanted to let the sport become about money".

The world heavyweight champion told 5 live's Mike Costello, "I could win another 50 fights...it's not going to mean as much as 28th November".

That's the date last year when he became heavyweight champion of the world with his win over Wladimir Klitschko.

An agreement is currently in place for a rematch between Fury and Klitschko.

This clip is originally from 5 live Breakfast on Thursday 4 February 2016.