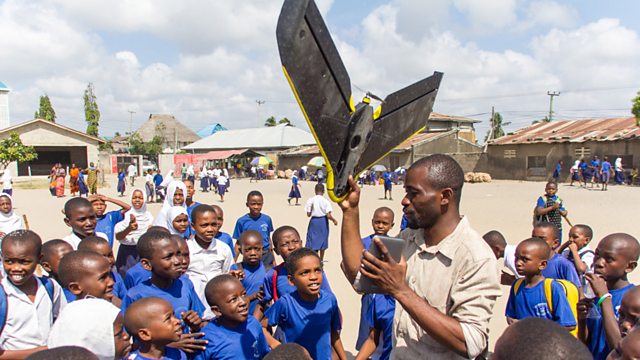 Drones for Good is an annual competition to find and reward developers who use drones (unmanned aerial vehicles) for the good of humanity. Colin Grant talks to Patrick Meier, from WeRobotics and one of the judges of the Drones for Good finalists.

Video Game to Combat Domestic Abuse
An interactive, role-playing computer game is being designed to help people who suffer domestic abuse in Grenada and Barbados. It is often claimed that computer games encourage violence. But now a major project is being launched in the Eastern Caribbean aimed at achieving the opposite, by helping to reduce levels of domestic violence. Click talks to professor Adele Jones about the forthcoming evidence-based research and how the project will evolve.

The Deeper They Bury Me: A Call for Herman Wallace
The Deeper They Bury Me is an award-winning interactive documentary that tells the story of a man who spent 40 years in solitary confinement in a jail in the USA. Click talks to the director, Angad Bhalla. The documentary film is based on telephone interviews that Bhalla conducted with Herman Wallace. In the interaction, the user appear to be making and receiving the phone calls.

Hostile Drones a Threat to Airplanes