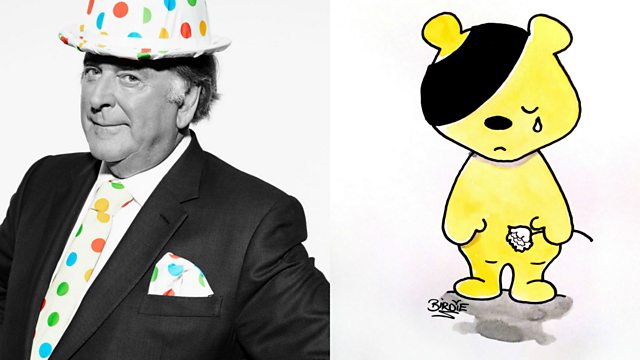 Pudsey in mourning after the death of Sir Terry Wogan

The artist who created the picture of Pudsey in mourning says it "seemed natural" to show the Children in Need mascot wearing a black eye patch in place of a black arm band.

Darren Bird, who signs his artwork "Birdie" says the bear is holding a flower "to represent" the sadness of losing a "national treasure".

The image has now been adopted by Children in Need following the death of the broadcaster, who was the charity's Life President. Darren Bird says he "can't believe" the reaction he's had to "such a simple" image that took minutes to create, and that it's hard to sum Sir Terry "up in words" which is why he created the picture.