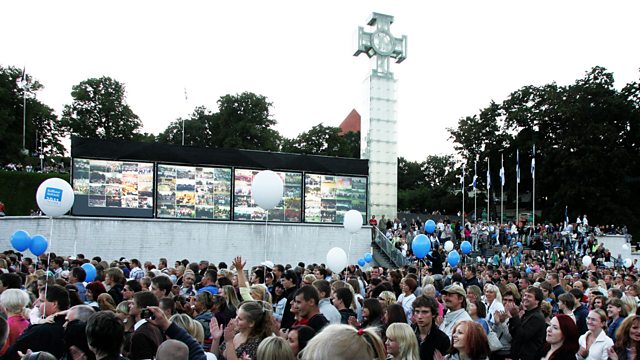 The Compass My Perfect Country
Episode 1 of 22

Is Estonia’s revolutionary digital policy a contender for a perfect country? Fi Glover and Martha Lane Fox imagine a country with policies that actually work.

Fi Glover and digital guru Martha Lane Fox look at the digital revolution pioneered by the government in Estonia – where people vote, get their medical prescriptions even pay for their parking, online. With the help of Professor Henrietta Moore from the Institute for Global Prosperity and Taavet Hinrikus from Transferwise they ask - could it work where you are?

Estonia’s digital services have revolutionised the country since its independence from the Soviet Union with 600 services now being available online. E-Estonia has the fastest broadband speeds in the world, was the first to allow online voting in a general election, all classrooms are online, all medical records online, and it has more start ups per person than Silicon Valley in California. But does the networked society come at a price?

See all clips from My Perfect Country: Estonia's Digital Society (3)