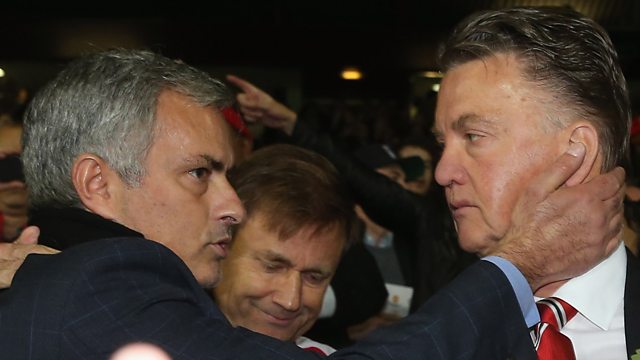 Mourinho desperate for #MUFC? 'Quite the opposite'

Journalist Miguel Delaney stands by his claim that Jose Mourinho wrote a dossier for Manchester United detailing how he would improve the club if he replaced current manager Louis van Gaal.

Mourinho's agent, Jorge Mendes, has denied the claims but Delaney said: "Manchester United are well aware that he [Mourinho] wants the job when Van Gaal goes and communications have been ongoing between his representatives and the club for some time so he wouldn't need to ask for the job."

And according to Delaney, producing such a dossier is nothing new for former Chelsea boss Mourinho, adding: “This extreme attention to detail is perfectly in-keeping with his management and what he's done in the past. He did it with Liverpool in 2003 and for Barcelona in 2008.”