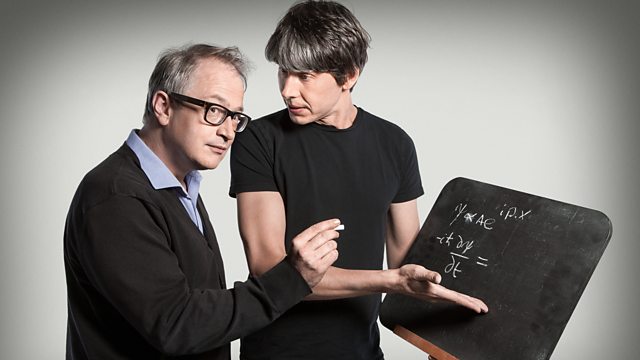 To celebrate the 100th anniversary of its publication, Brian Cox, and the world's leading cosmologists take Robin Ince on a guided tour of Einstein's Theory of General Relativity

It is 100 years since the publication of Einstein's great theory, and arguably one of the greatest scientific theories of all time. To mark the occasion, Brian Cox takes Robin Ince on a guided tour of General Relativity. With the help of some of the world's leading cosmologists, and a comedian or two, they explore the notions of space time, falling elevators, trampolines and bowling balls, and what was wrong with Newton's apple. It is a whistle stop tour of all you will ever need to know about gravity and how a mathematical equation written 100 years ago predicted everything from black holes to the Big Bang, to our expanding universe, long before there was any proof that these extraordinary phenomena existed.