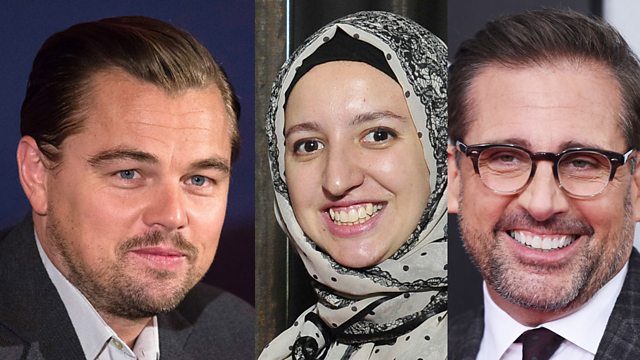 Leonard DiCaprio on filming The Revenant, composer Suad Bushnaq on how Syria influenced her music and actor Steve Carrell talks about his role in The Big Short.

Leonardo DiCaprio talks about his role in the multi-Oscar-nominated film The Revenant. The BBC’s showbiz reporter Lizo Mzimba explores the reactions to the lack of diverse nominees in the Oscars this year. We also discuss all of the foreign film Oscar nominees with critic Philip Bergson: Embrace of the Serpent from Colombia; Mustang from France; Son of Saul from Hungary; Theeb from Jordan and A War from Denmark.

We report on the new pop music from Egypt, which some are calling ‘gangster rap’ - the phenomenon of Mahragan. We look back at the life of The Eagles guitarist Glenn Frey. Actor Steve Carrell talks about Wall Street greed and fraud in an interview about his new role for the film The Big Short. And, composer Suad Bushnaq, one of the few Arab women composers of her time, talks about how Syria has influenced her reflective and touching music.