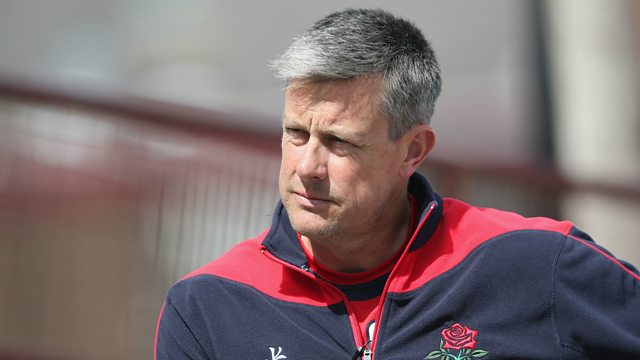 Ashley Giles was an England cricketer playing on the biggest stage of all, contesting an Ashes series in Australia, when the call came from home. His wife, Stine, had been diagnosed with a brain tumour – the size of a cricket ball. A decade ago she had surgery to remove it, and then -- later -- further treatment when a second tumour was discovered. Now, Ashley and Stine have founded the Giles Trust to help the next person that finds them self in the same situation.

The new BBC drama The Rack Pack recalls a time when Britain was Snooker Loopy. How the brilliant but dull Steve Davis and the mercurial but flawed Alex Higgins took the sport to the top of television ratings. Steve Davis and his then manager, Barry Hearn, recall the 1980s heyday captured in the film, along with Steve Davis and Barry Hearn, actors Will Merrick and Kevin Bishop.

British sprinter Charles Eugster breaking records at 95, ‘The Golden Bolt’ doing likewise in Japan at the age of 105 ... veteran athletes are capturing the imagination as never before. Whatever happened to taking it easy? 88-year-old Betty Jean McHugh tells us that’s not an option. Since her first marathon at 55, she’s run another 20+ and broken multiple age-group world records. When she started, she’d train in the dark so people wouldn’t point and stare at an old lady out running.

The Borlees are runners - Dad and Coach Jacques, identical twins Jonathon and Kevin, little brother Dylan and big sister Olivia.
After three of them qualified for the Beijing Olympics, and two for London 2012, they're aiming for all four siblings to be on the plane to Rio. The three brothers join us from their training base in South Africa to talk Rio, family and what it's like having your Dad tell you what to do every day.

With the Australian Open nearing the end of its first week, this must be a strange time for Robin Soderling. It's the first Grand Slam event since his retirement last month.
Once the fourth best player in the world, Glandular Fever had prevented him from playing a match since 2011. One person who wasn't surprised at all by Soderling's decision was Kate Grey. A year out from London 2012, the Paralympic swimmer was World Number One and favourite for gold. But, by the time the Games came around, she'd already been forced into retirement. Kate describes how coaches just thought she was tired, and then how her hair started to fall out and how she took so many antibiotics she became immune to their effects.

When 1009 not-out was scored this month by a Mumbai schoolboy, the cricketing world compared him to Sachin Tendulkar and predicted a bright future. But what about the man whose record he broke? English schoolboy Arthur Collins, with his scored of 628, had held the world record for more than hundred years. Arthur's name was mentioned in this month's stories .. but that's about all. Four glorious afternoons of batting promised so much, but Arthur was weighed down by all the expectation. He joined the army and played for his regiment before, like so many, losing his life in the First World War.

Sorry St. Louis - the Rams Are Heading for LA!