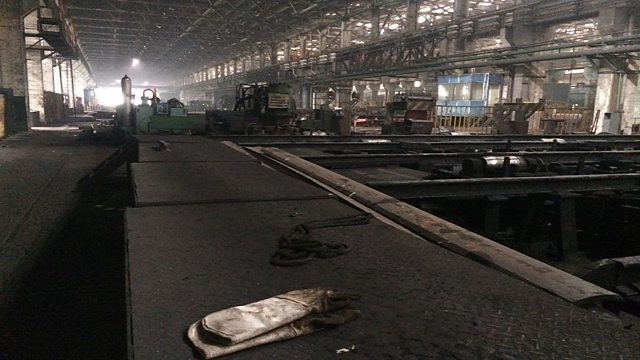 Steve Evans on the world steel crisis, Nawal El Maghafi on Yemen's war, Will Grant on Cuban crime and Anu Anand on nostalgia in India.

The growth of China's economy has slowed down which has been having a negative effect on the world's steel industry. A steel plant in south Wales announced it will be shedding hundreds of jobs. Steve Evans once had a summer job at that plant, and now he visits a steelworks in China, which has just closed down, and he considers the lessons the Chinese leadership may consider.

As the misery of the war in Yemen continues, Nawal al-Maghafi, recently back from there, explains why no-one is rushing into peace talks.

In Cuba, Will Grant takes comfort from the relatively low crime rate there, even though violence may now be on the rise. And, in Delhi, Anu Anand weaves a tale about music and memory set against a backdrop of love, loss and the passing of time.

(Photo: Empty interior of a closed-down steel plant in China, with an abandoned protective glove)