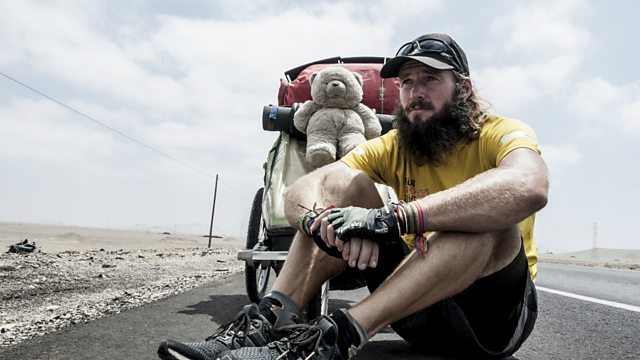 Jamie Ramsey who describes himself as being like a "British Forrest Gump" told 5 live he averaged 45.1 kilometres a day, running from Vancouver in Canada to Buenos Aires in Argentina for charity.

"Every day you're running through amazing scenery, meeting amazing people and with technology as it is today you're able to phone home, you don't feel too disconnected".

Jamie admitted that he didn't set out to look like the movie character Forrest Gump, but embraced the comments and thought of his friend's charitable donation each time someone likened him to Tom Hanks in the award winning film.

"It started off with a friend of mine who sponsored me £500 and said for that you're not allowed to shave your beard, it's a nice talking point, but my girlfriend hates it... We're having ongoing discussions about the length I can cut it to."

This clip is originally from 5 live Afternoon Edition on Monday 11 January 2016.