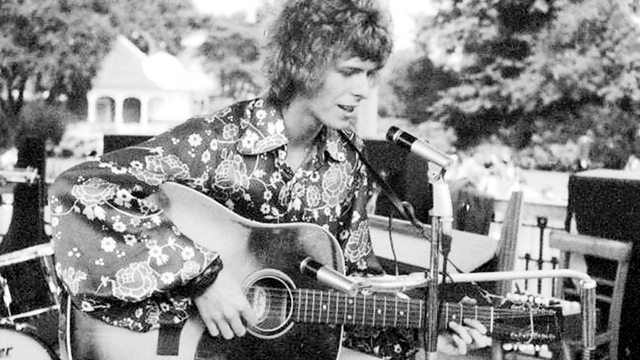 Bowie's psychedelic summer of '69... in a London suburb

The suburb of Beckenham in south east London was “absolutely fizzing with excitement and activity” in the summer of 1969, when David Bowie started a creative arts scene, says author Mary Finnigan.

The contribution of that scene to rock history has been "shamefully ignored" according to Finnigan. She has written a book about it, titled Psychedelic Suburbia: David Bowie and The Beckenham Arts Lab.

In this report, Mary Finnigan tells BBC entertainment correspondent Colin Paterson about her relationship with David Bowie that summer.