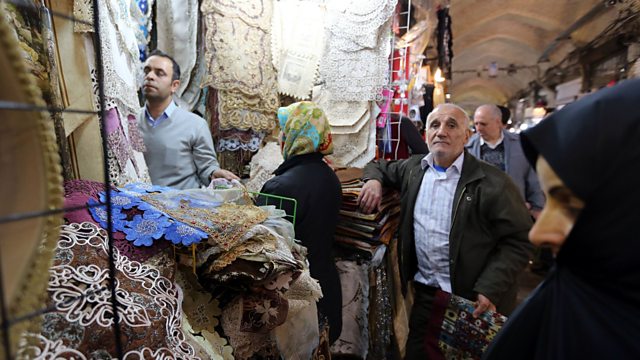 Is this a bonanza for Iran? Also, the Indonesian start-up delivering human breast milk to new Mums, and Lucy Kellaway rails against the over-rated business skill of story-telling.

We look at "the turning of a golden page in Iran's history". That is the way Iran's President Hassan Rouhani has described the latest deal to lift international sanctions on his country after 10 years of economic isolation. But how will it change Iran? And, with the global oil price heading through the floor in anticipation, how will it change the rest of the world? We hear from two contrasting perspectives - Amrita Sen, oil analyst with Energy Aspects, and by Azadeh Meskarian of the London law firm Zaiwalla & Co, which specialises in sanctions issues.

Also, we have a report from Jakarta on a new start-up delivering human breast milk door-to-door. Is this a world first? Plus, Lucy Kellaway looks at what she reckons is the rather oversold art of story-telling in Business.