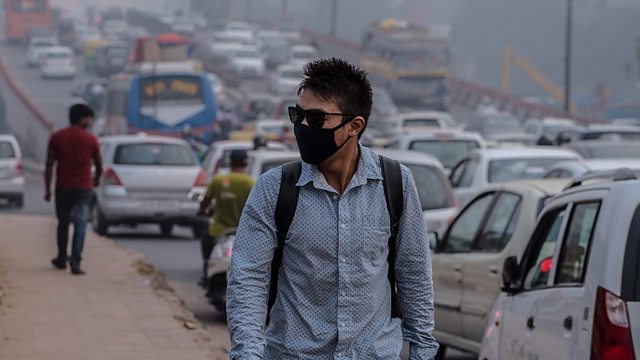 How Mexico reacted to El Chapo's recapture; why the Polish public is poles apart; calming traffic in Delhi; and a Syrian family who've found refuge in the Scottish Hebrides

Stories of people - and attitudes - on the move around the world, introduced by Pascale Harter. In this edition:

Katy Watson reveals why many Mexicans see the media circus around drug cartel leader "El Chapo"s recapture as a bitter farce - and why they're ambivalent about extraditing him to stand trial and serve prison time in the USA;
Adam Easton explores the political chasms which have opened up in Poland as the ruling Law and Justice Party's actions outrage the European Union and many voters in Warsaw;
Anu Anand is amazed by the effect of a new scheme to limit traffic in Delhi, but despairs over India's enduringly terrible air quality;
and Olivia Acland meets a Syrian family who've found refuge from war on a remote island in Scotland.

(Photo: An Indian college student wears a mask as he passes a long line of vehicles, moving slowly during rush hour, in a smoggy morning in New Delhi. (Roberto Schmidt/AFP/Getty Images)