BBC One
Attenborough and the Giant Dinosaur
Main content 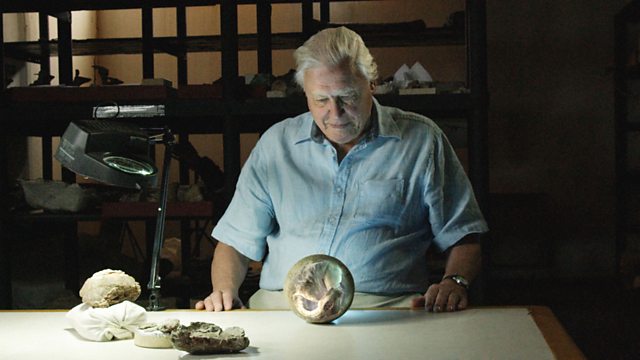 Attenborough and the Giant Dinosaur

Sir David Attenborough tells the story of the discovery in Argentina of the largest animal to ever walk the earth, a new species of the plant-eating titanosaur.

David Attenborough tells the story of the discovery and reconstruction in Argentina of the world's largest-known dinosaur, a brand new species of titanosaur. Measuring 37m long - close to four London buses put end to end - and weighing 70 metric tons, it now holds the record as the biggest animal ever to walk the earth.

In 2014, a shepherd spotted the tip of a gigantic fossil bone sticking out of a rock in La Flecha Farm in the Chubut Province in the Argentinian desert. Palaeontologists soon uncovered a massive 2.4m long thigh bone (femur), the largest ever found. By the end of the dig they had uncovered more than 220 bones. As the programme reveals, these all belong to a new species of the giant plant-eating titanosaur.

Filmed over the next two years, the documentary follows the twists and turns of this forensic investigation. Attenborough witnesses the uncovering and examination of these stupendous fossils and the dramatic construction of the complete skeleton. And using state-of-the-art graphics, the film also reveals the internal secrets of this dinosaur and what it means to be a giant.

See all clips from Attenborough and the Giant Dinosaur (6)

Attenborough and the giant dinosaur - in virtual reality... 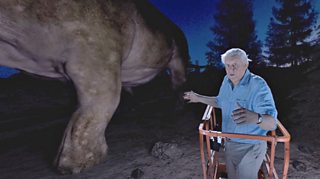 David Attenborough presents the first mixed reality, 360º film made by the BBC.