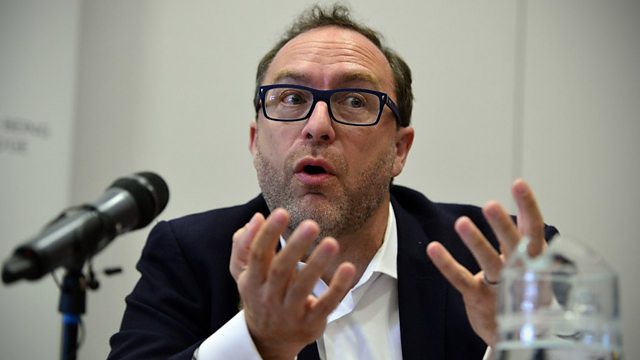 We speak to Jimmy Wales, founder of Wikipedia, as the website marks its first 15 years, and how the Swiss economy is faring a year after it abruptly dropped the franc's euro peg.

It's been 15 years since the open-source encyclopedia Wikipedia went live. Its founder, Jimmy Wales, tells us information on the site is now very close to the quality of a traditional encyclopedia. Also the BBC's Imogen Foulks reports from Zurich a year after the Swiss National Bank shocked financial markets by abandoning the franc's peg to the euro. And how close is China's currency, the renminbi, to becoming a truly international currency? We speak to William Overholt, senior fellow at Harvard University's Asia Center and author of the new book Renminbi Rising.