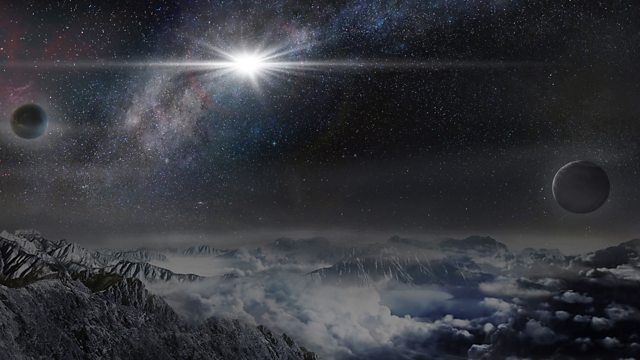 Astronomers have seen what could possibly be the most powerful supernova ever seen. The ball of hot gas, billions of light years away, is radiating the energy of hundreds of billions of our sun. Estimated to be 10 miles across it’s found in a very unusually active galaxy and it outshines all other supernovae currently published in the literature by at least a factor of two. The object could be a very rare type of star called a Magnetar – but if it is, it pushes the energy limits allowed by physics to the extreme. Professor Christopher Kochanek of Ohio State University explains how they found it and how time using the Hubble Space Telescope next month should help determine exactly what this object may be.

Nepal Quake Explained
An international team of scientists have discovered what caused the Nepal Earthquake of 2015, which killed almost 9000 people. The study, published in Nature Geoscience, also explains why the highest mountains in the Himalayas appear to grow between quakes. Using satellite data the scientists have determined that quake activity was spread across what they term a "hinge point" (a kink in the fault lines), where the main fault in the region transitions from being fairly straight to being sharply angled into the Earth. This, they say, explains why the ground around Kathmandu rose up about 1m during the quake, yet dropped by about 60cm in the northern mountains. Dr. John Elliott from Oxford University explains the findings.

Mountain Lion
A mountain lion killed in Idaho in the United States had a set of fully formed teeth growing out of its forehead. Biologists think they may be the remains of a conjoined twin.

Milky Way Map
Astronomers have measured the age of 70,000 stars across the Milky Way and put the results into the largest ever galactic map. The team now hopes to be able to start determining the chemical composition of some of the stars.

Farewell Philae
Scientists at the European Space Agency fear they may have lost contact with the Philae lander on Comet 67P forever. A signal was sent earlier in the week, but there was no response. If nothing is heard within the next few days it’s very unlikely to have enough power to make contact again as the comet moves away from the Sun.

Early Humans in Arctic
Two papers have just come out in Science and Nature suggesting that humans have been around a lot longer than was previously thought in the Arctic and Indonesia. However both of these papers come from indirect evidence – that of the tools used by humans as opposed to more direct evidence such as human remains. We have Dr. Marija Edinborough from Universtiy College London discusses the findings.

(Photo: An artist's impression of the record-breaking powerful, superluminous supernova ASASSN- 15lh as it would appear from an exoplanet located about 10,000 light years away in the host galaxy of the supernova. Credit: Wayne Rosing)