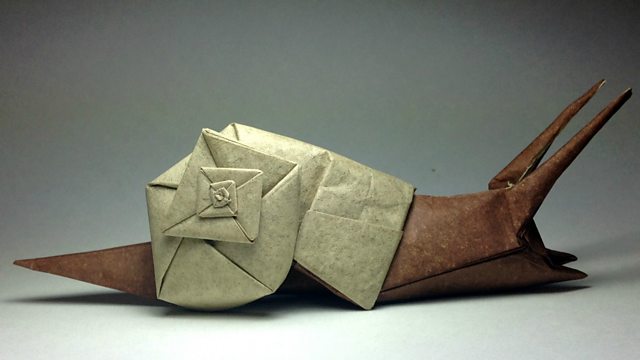 Robby Kraft is a man with a very apt name. He describes himself as an origami artist but he is also a fanatic of mathematics. He uses paper (often just one sheet) and his love of maths to make exquisitely crafted and amazingly intricate pieces of art. Once he has made his origami masterpieces, which range from Star Wars characters to animals to 3D mini-structures, he photographs them and puts them on his Instagram feed where they are enjoyed by thousands of followers. He tells Dan Damon about what he says is a renaissance period for origami.