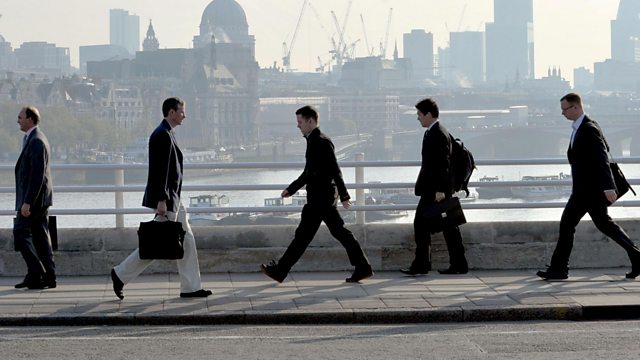 Work Is a Four Letter Word

Andrew Hussey charts the development of the idea that work is good for us, forcefully arguing that in fact it is more often a destructive, dehumanising force in our lives.

Many of us have grown up with the belief that a strong work ethic is a positive thing, and that by contrast idle hands are the devil's playthings. According to Professor Andrew Hussey, that argument makes very little sense. Starting off with a line from the Cilla Black song 'Work is a Four Letter Word' he offers a powerful counter-argument by navigating the ideas of, among others, Bertrand Russell, John Ruskin and the Situationists in France, whose graffiti slogan 'Ne Travaillez Jamais' - never work - still appears regularly on Parisian streets. Hussey argues that the corporate culture in particular, born out of mid-20th Century America and built upon ideologies of work developed during the industrial revolution and on through to the development of the assembly line, can have a hugely corrosive impact on people's lives. The programme features the voices of workers from the 1930s through to the present day, describing working life in call centres where even a trip to the toilet is timed by management. Hussey doesn't however suggest that we all take to the sofa to watch TV and eat crisps, though; instead he argues that by taking control of the work we do and the way we do it, work can actually become a positive force in our lives, once stripped of what he regards as the caustic power of modern managerialism.