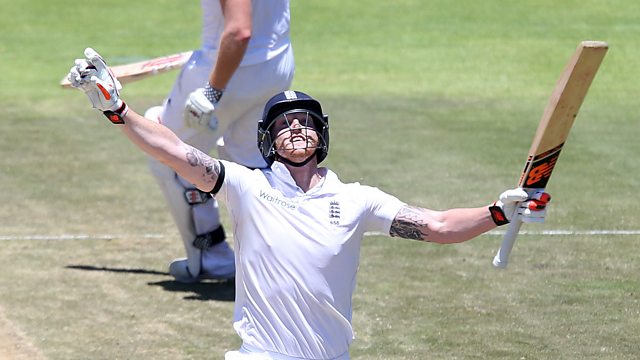 Ben Stokes hit the fastest double century for England and the second quickest in history on day two of the second Test against South Africa.

Only New Zealand's Nathan Astle has reached the landmark more quickly, off 153 balls against England in 2002.

This clip is from Test Match Special, Sunday 3 January 2016.