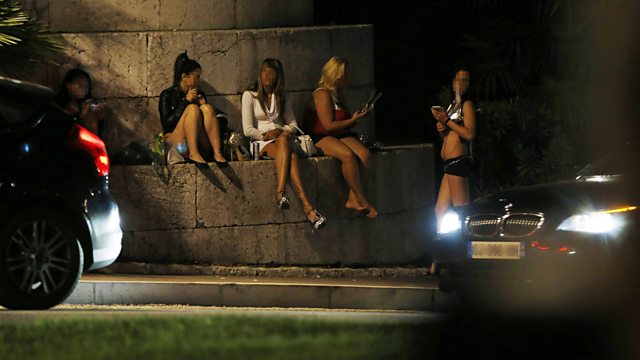 Despite both liberal and conservative reforms in different countries being hailed as the answer to stamping it out, Europe seems to be losing the battle against sex trafficking. Why do these countries, which work successfully together against other crimes, struggle to combat sexual exploitation and forced prostitution?

Is it because there is no uniform policy to deal with prostitution? Made up of different faiths, traditions and cultures, Europe has a variety of attitudes to sex work. In some countries in Eastern Europe it is completely forbidden and punishable with a prison sentence. In other countries like the UK it is legal in private between consenting adults but brothels and soliciting for sex are illegal. In Germany and Switzerland prostitution is legal and regulated.

Are the different approaches creating an eco-system in which abuse can flourish with traffickers working the systems to their advantage, slipping through the net and escaping prosecution? Annalisa Piras speaks to sex workers and others involved in the industry across Europe, from politicians and from those tasked with implementing the different laws. Do Europe’s politicians and law enforcers have what it takes to really beat the traffickers?

(Photo: Prostitutes wait for clients in a street of the French city of Nice. Credit: Valery Hache/AFP/Getty Images )

The Listening Project in Lebanon

David Bowie - The Music and the Legacy