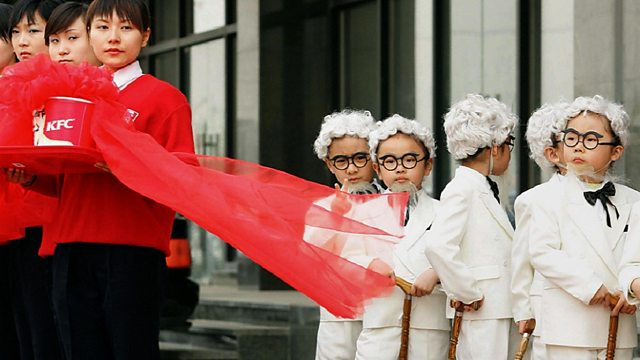 Tales of global change: China's contradictory modern icons; the aftermath of a bombing in Yemen; electoral strife and gossip in Seychelles; Iceland's fishing for tourist money

Pascale Harter introduces tales of change from around the world, with dispatches from:
Steve Evans, examining the contradictions and the strangeness of modern Chinese economic policy in Beijing;
Jack Garland, on the terrible aftermath of a suicide bombing in the Yemeni capital Sana'a;
Tim Ecott, following the island gossip (or 'kankan') over the Seychelles' recent close-run election result;
and Sally Magnusson, who reflects on how a rising tide of tourism and migrant workers has changed the Iceland she once travelled.