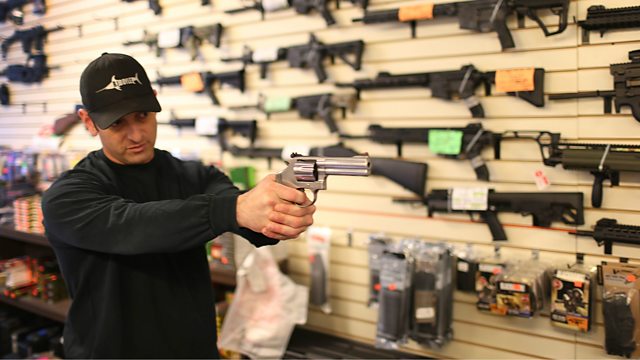 US Gun Sales Rise Ahead of Controls

US President Barack Obama announces he will use his executive power to further regulate gun ownership in the United States - shares in gun manufacturers respond by rising strongly.

US President Barack Obama announces he will use his executive power to further regulate gun ownership in the United States after months of heel-dragging by Congress, and already shares in two major gun manufacturers have risen dramatically as Americans rush to buy weapons they fear they won't be able to later. We speak to John Anson of the Idaho Firearms and Accessories Manufacturers Association.

Trading steadies after a sharp fall on the Chinese markets earlier in the week, but concerns still remain about the underlying causes of the latest tumble. Should investors be worried about the current volatility? Roger Bootle of Capital Economics gives his thoughts.

The BBC's Justin Rowlatt reports from Delhi as Indian authorities introduce an 'odd-even' number plate scheme on the city's roads - cars with odd number plates will only be allowed to drive on odd-numbered days and vice versa - in an attempt to curb air pollution.

Dan Gorenstein of our sister programme Marketplace investigates why some US hospitals cost so much, and after Indonesia chickens out of using a bird mascot for the 2018 Asian Games, we get some expert advice on what makes a good mascot.

Throughout the programme we're joined by David Kuo of the Motley Fool in London and Dave Shaw, Washington Bureau Chief of Marketplace.

(Photo: A customer in a gun store in the United States Credit: Getty)

The Price of Oil Falls to an 11 Year Low