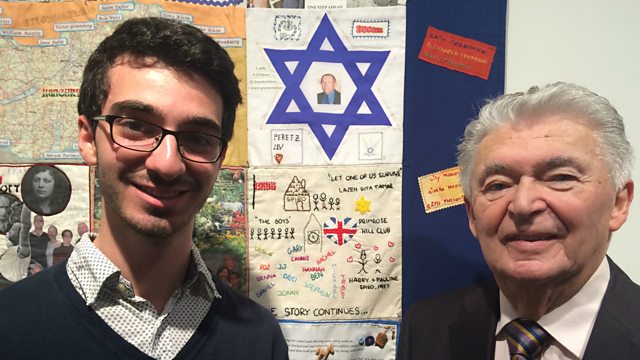 At the end of World War II the British Government offered to bring 1000 orphaned child survivors of the Nazi concentration camps to the UK. Only 732 survivors were found, and - although 80 of them were girls - they became known collectively as 'The Boys'. In the UK the children rebuilt their lives as part of this group.

To mark the 70th anniversary of their liberation their children, 'The Boys' and their families have created memory quilts to remember their stories. An exhibition of these quilts has just opened at London's Jewish Museum. Ellen Otzen has been to meet one of The Boys along with his grandson Danny.