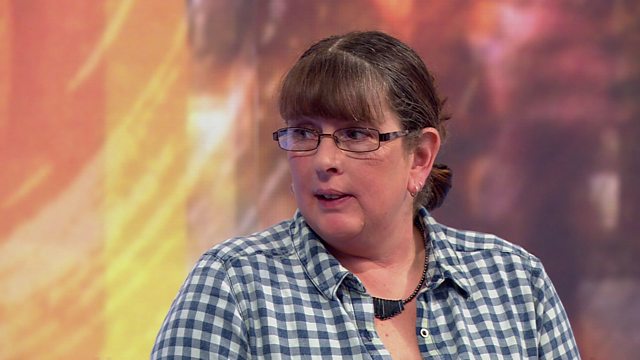 'I thought nothing of pulling a knife on my dad'

A growing number of parents are experiencing violence at the hands of their children.
In the last year, 2,549 14 to 17-year-olds were prosecuted for a range of domestic abuse offences on family members and in-laws, figures from the Crown Prosecution Service show.
This is compared with 2,114 in 2013-14.
The youngest defendants were aged 10 to 13 and of those, a total of 111 were convicted.
Victoria Derbyshire presenter Joanna Gosling spoke to Ann Ramsden, who founded the Rosalie Ryrie foundation based in Wakefield which helps young people, children and families to deal with domestic abuse and aggressive behaviours, Seamus Oates, a Youth Justice Board Member and CEO of a chain of schools for excluded children and Helen Bonnick, a former social worker who blogs and campaigns about child and adolescent to parent violence. 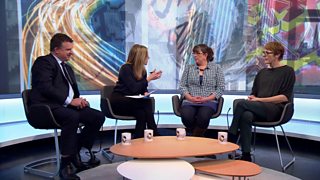