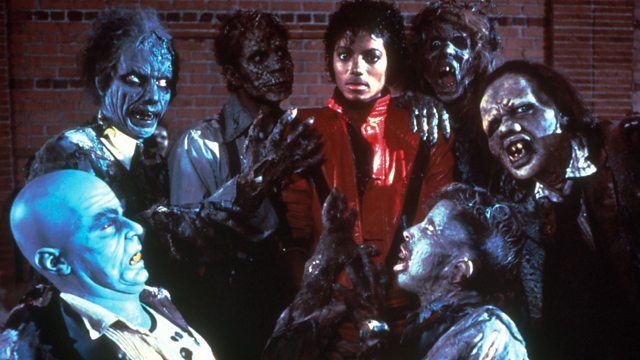 In 1982 Michael Jackson's Thriller was released. Witness hears from Anthony Marinelli who worked on the best selling album.

In 1982 the world's best selling album was released. Thriller included hits such as Beat It, Billie Jean and Wanna Be Startin' Somethin' as well as the title track. Witness speaks to Anthony Marinelli who worked on the seminal album.

(Photo: Michael Jackson and assorted zombies in the video for Thriller in 1983, publicity handout)

It's a Wonderful Life