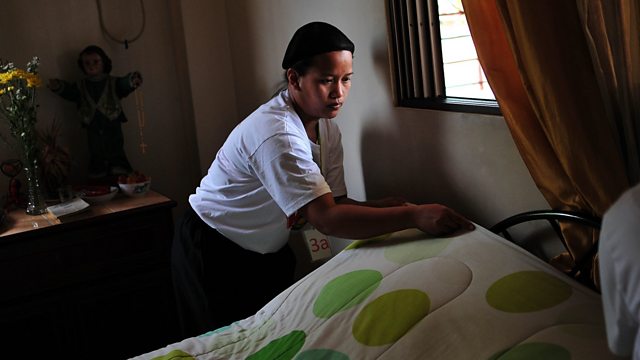 The International Labour Organisation calls for domestic work to be more formalised, giving workers better protection. And what does it take to be a successful tech start-up?

The International Labour Organisation estimates there are just over 67 million domestic workers worldwide. Katy Watson hears from several in Mexico while Claire Hobden of the ILO talks about global efforts to formalise their work through unions. The BBC's Asia business correspondent Karishma Vaswani in Singapore tells us how domestic help has been one of the factors that has allowed her to pursue her own career. And finally, Sir Michael Moritz, chairman and venture capitalist with Sequoia Capital and an early investor in the likes of Google and YouTube, talks about what it takes to be a successful entrepreneur.

Retailers: Tricks of the Trade